Difference Between A One-Bedroom Apartment And A Studio Apartment

Apartment renters have likely observed or seen the term “studio” and “one-bedroom” in property listings, but given that a studio is one room, what truly distinguishes the two?

The customary way of thinking is that a one-bedroom has an enclosed sleeping space and a studio apartment does not, but when it comes to labeling a listing, things can get a little tricky.

What are the fundamental contrasts between a one-bedroom apartment and a studio apartment? This is what the experts are saying.

What is a one-bedroom apartment?

Every country has its very own set of laws that defines a bedroom, however, a one-bedroom apartment generally will have a single room that:

One-bedroom apartments also usually contain a kitchenette or separate kitchen, a lounge, a bathroom, and a wardrobe/closet.

What is a studio apartment?

A common studio apartment does not have a bedroom that is separate from the living room or kitchen. The living space and bedroom space are joined as one.

Typically, the bathroom is the only other room in a studio apartment.

Some studios feature a loft sleeping area, but because the area doesn’t have any of these elements of a one-bedroom highlighted above—or four walls separating it from the rest of the apartment—it can’t be considered a bedroom.

Studios usually feature some type of closet and a separate kitchen, or at least a kitchenette.

Also Read: Here’s Why You Should Never Buy Or Sell A Home Without An Agent

Other names for studio apartments

“Studio” is the most widely recognized name related with this sort of apartments, which are additionally called “studio flats” or “studio lofts,” yet they can likewise be alluded to as “efficiency apartments,” “bachelor apartments,” or “live/workspaces.”

“There is a pattern in later years to consider a studio an ‘open one-bedroom,’ where the distinction would be a sleeping alcove that wouldn’t qualify as a bedroom, because of the absence of door or entrance/departure space,” 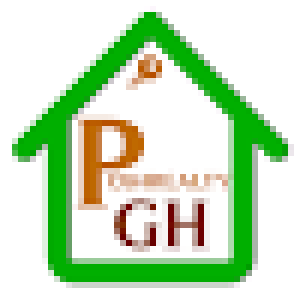 Hi, am Emmanuel Kuebu, the CEO and founder of PoshRealty GH. Hope you had a good read. Don't forget to share this article with your family and friends.